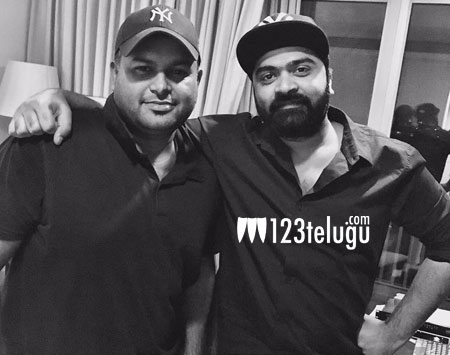 Sai Dharam Tej’s ‘Thikka’ is going to have not one but two superstars in the list of singers. After Dhanush, it is now the turn of Tamil star Simbu to sing for the movie. Thaman is the music director of this film and he has used his rapport with the stars to get them to sing for the film.

Thikka is a mass entertainer that has Sai Dharam Tej in a stylish role. Rohin Reddy is producing the movie and the film is expected to hit the screens on August 13th. The audio album of the movie will come out on July 30th.

Simbu sang for NTR and Manoj in the past.