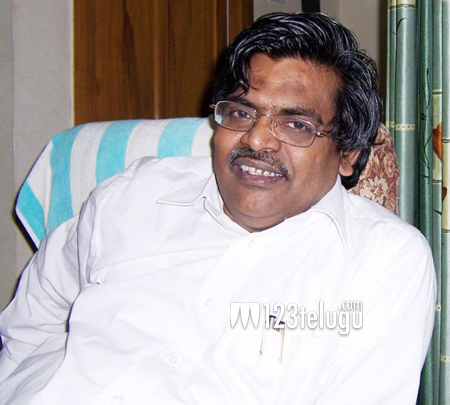 Legendary lyricist ‘Sirivennela’ Seetharama Sastry has returned to playback singing with Rajendra Prasad’s latest film ‘Dagudumutha Dandakor’. The poet earlier lent his voice for the intense social awakening song in Ram Gopal Varma’s ‘Gaayam’. After a long while, he took to the microphone for ‘Dagudumutha Dandakor’, a film jointly produced by Krish and Ramoji Rao. The film’s audio, composed by ES Murthy, has been released recently.

‘Dagudumutha Dandakor’ is an official remake of the Tamil hit film ‘Saivam’. The film has Rajendra Prasad and Sara Arjun in important roles and a rooster named Nani also plays a key role in the story. Sirivennela’s song ‘Kokko Kokko’ seems to have been shot on the rooster.

The film’s music composer ES Murthy himself has penned all the lyrics. RK Malineni makes his directorial debut with the film. The film is all set to release in February.