Sizzling chemistry to be highlight of Trivikram’s next
Published on Mar 10, 2016 3:12 pm IST 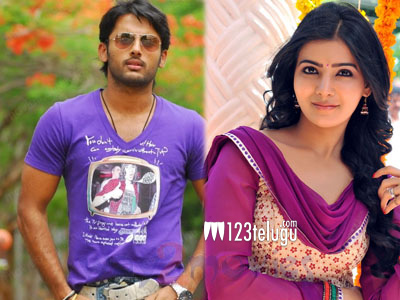 Trivikram Srinivas is one director, who brings out exceptional performances from his actors. The talented director is currently giving finishing touches to his latest film A..Aa with Samantha and Nithin as the main leads.

Unit sources reveal that the sizzling chemistry of the lead pair will be the major highlight of the film. Adding further, reports suggest that Trivikram has written some very novel romantic scenes featuring the two stars.

Be it the comedy scenes or emotional performances, Trivikram is said to showcase both Nithin and Samantha in a new light. Mickey J Meyer is the music composer of the film which is slated for a May 6th release.