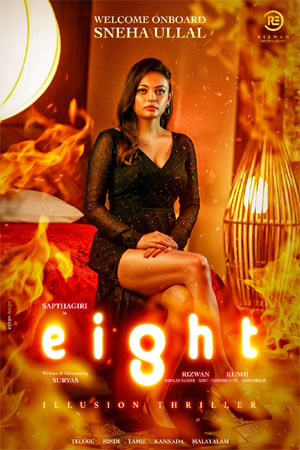 Sneha Ullal is a popular name in Telugu cinema. But in the last few years, she did not do Telugu films and has kept a low profile.

Now, the latest news is that she is all set to make a comeback with the film Eight. The film stars Sapthagiri and will be produced by Rizwan Entertainment.

The film is a multilingual thriller and Sneha will be seen in a key role as per the news. Sneha’s look from the film has also gone viral.