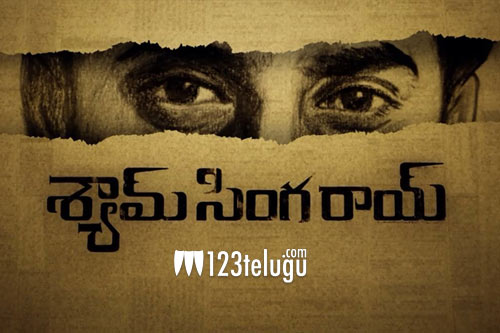 Nani’s Shyam Singha Roy is being eagerly awaited by his fans. Ever since the film was launched, the intriguing posters and the speculations about the film’s storyline with Kolkata backdrop have been raising the curiosity levels among fans. The film is being made with a budget of over Rs 50 crore, which is the highest in Nani’s career.

Thanks to this positive buzz surrounding Shyam Singha Roy, the film’s makers are said to be getting solid deals from various buyers. The latest update is that Shyam Singha Roy’s producer has been offered a whopping Rs 30 crore just for the non-theatrical rights like satellite and digital streaming rights.

And coupled with theatrical rights in the twin Telugu states, rest of India and overseas, the makers will make decent profits prior to the film’s release. Sai Pallavi, Madonna Sebastian and Krithi Shetty are the female leads in this Rahul Sankrityan directorial. Venkat Boyanapallib is bankrolling this project. The film is slated for a Christmas 2021 release.