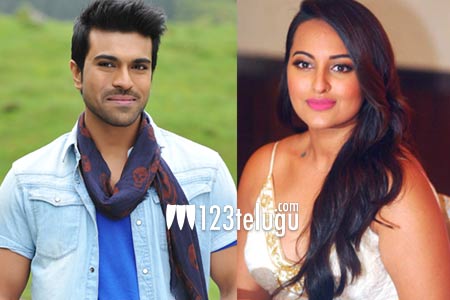 Sonakshi Sinha, the golden girl of Bollywood is setting her foot in the south with Lingaa. Even before the release of her film, Sonakshi has been flooded with offers from a number of producers down south. An interesting report is making the rounds that Sonakshi has been approached to star opposite Ram Charan in his next film with Srinu Vaitla.

Though Sonakshi has not yet okayed the project, sources reveal that the chances are pretty high and she will give a green signal soon. Ram Charan has a host of movies lined up for next year with popular directors like Srinu Vaitla and Gautham Menon.