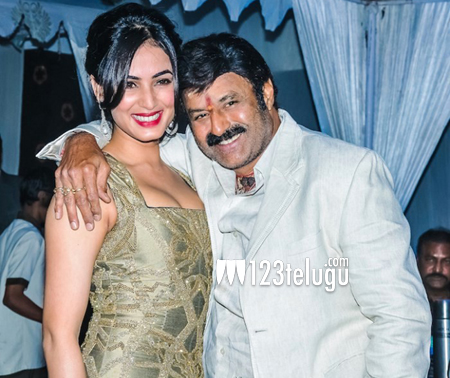 The svelte Bollywood lass Sonal Chauhan is in high demand in Telugu films. After a disappointing debut with Rainbow, Sonal grabbed a huge blockbuster with Balakrishna’s Legend and Ram’s superhit summer film, Pandaga Chesko, made her a name to reckon with in TFI.

As per the latest reports, Sonal will once again team up with Balakrishna in the actor’s prestigious 99th film, Dictator. The film will be produced and directed by Sriwass, who is riding high with the success of Loukyam. Start writers Kona Venkat and Gopi Mohan are penning the film’s screenplay.

Keep watching this space for more details about the film.