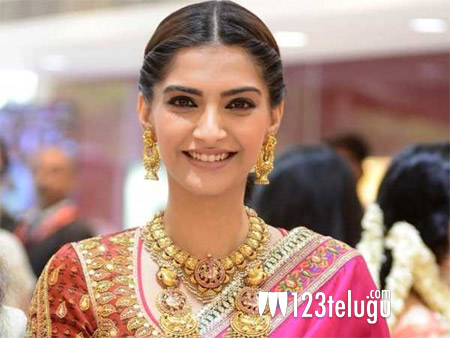 Bollywood actress and fashion icon, Sonam Kapoor is all set to get married to her longtime boyfriend Anand Ahuja, next week, as per the latest buzz in the industry. Although the couple haven’t made an official statement yet, rumours are abuzz that Sonam’s family is making lavish preparations for the big event that’ll be held in Mumbai.

For the past couple of years, Sonam had been evading the topic of her wedding, although her relationship with Anand Ahuja, a Delhi-based businessman, has been pretty much an open secret. Leading websites in Mumbai have been reporting that the sangeet will take place at a five-star hotel in Mumbai. And the wedding itself will take place at the heritage mansion of Sonam’s aunt Kavita Singh, in Bandra, Mumbai.

The actress seems to have preferred to invite only close friends and family members for her wedding, although her father Anil Kapoor might throw a big reception for the whole industry at a later point of time.