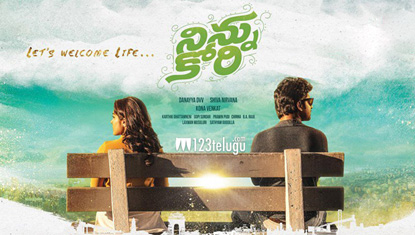 Ninnu Kori appears to be a triangle love story, but let’s wait until the film’s release to be surprised. Nivetha Thomas is the film’s leading lady and Aadhi Pinisetty is essaying​ a crucial role in the movie.

Debutant Shiva Nirvana has directed the movie and DVV Danayya has produced it. Gopi Sundar is the film’s music composer. Ninnu Kori is hitting the screens on July 7.