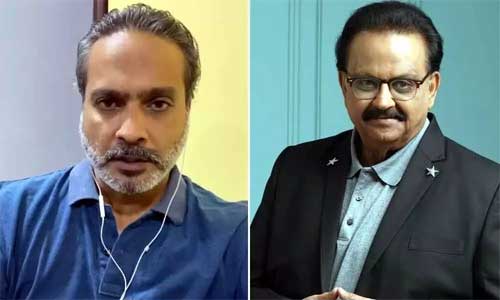 The demise of SP Balu has left a deep void in the film industry, and millions of his admirers are still mourning the loss. Even before people can get over the grief of losing a great singing icon like SPB, a rumour about SPB’s hospital bills has gone viral on WhatsApp, which claimed that SPB’s family had a tough time clearing the hospital bill.

As per the rumour, since SP Balu was in the hospital for almost 50 days, the bill came up to almost 3 crores, and his family didn’t have so much money to clear the bill. And even the TN government didn’t come forward to the family’s rescue. Finally, Venkaiah Naidu, the Vice President of India, had to help the family pay the bills.

However, SPB’s son, Charan has slammed these rumours and said that there’s no truth in it. Speaking to the media, Charan said that such rumours were offensive and hurting. It’s worth noting that SPB’s mortal remains were laid to rest with full state honours in Tamil Nadu.