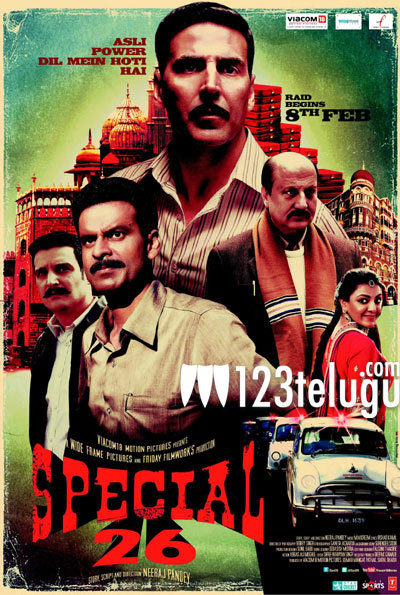 National Award winning Hindi film ‘Special 26’ which released in 2013, will now be remade in Telugu. According to the latest reports, this Akshay Kumar starrer will be remade in all the four south Indian languages. Actor, director Thiagarajan has grabbed the remake rights of this film.

Confirming this, Thiagarajan said “ I grabbed the golden opportunity of remaking ‘Special 26′ in all four south Indian languages and I myself will direct it”. Incidentally, Thiagarajan also has the remake rights of the Kangana Ranauat starrer “Queen” which also will be remade in Telugu and Tamil.