Special announcement made on Dasari’s 77th birth anniversary
Published on May 4, 2020 3:59 pm IST 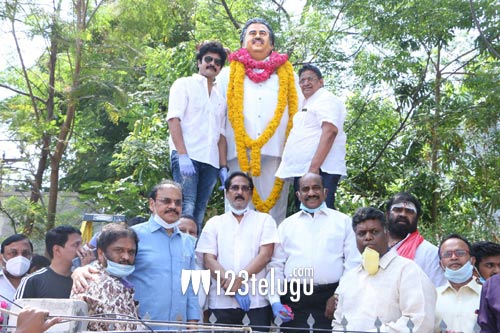 Dasari Narayan Rao is one of the greatest directors to have graced Indian cinema. He passed away a few years back and today is his 77th birth anniversary which is also considered as director’s day.

On this occasion, a small event was held in the Film Chamber of Hyderabad as Dasari’s son Arun Kumar and industry folks paid rich tributes in front of his statue.

Speaking on the occasion, producer C Kalyan, who is very close to Dasari, said that next year, they are planning some great charity works in the name of Dasari.