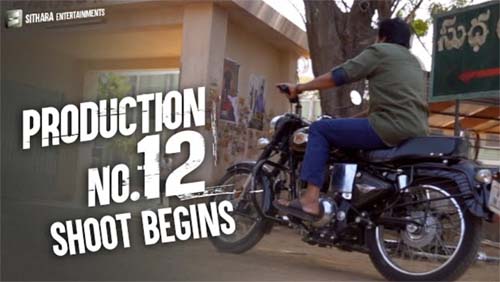 The first schedule for Pawan Kalyan and Rana Daggubati’s much-talked-about remake of the acclaimed Malayalam action, drama Ayyappanum Koshiyum, kick-started yesterday. The shooting began with an action sequence under noted stunt choreographer Dilip Subbarayan’s supervision at a specially erected set in Aluminium Factory on the outskirts of Hyderabad.

And the film’s makers released a special making video of the first day’s shoot. Pawan Kalyan, Trivikram, the film’s director Saagar K Chandra and producers S Radhakrishna and Naga Vamsi appear in the video. The makers confirmed at the end of the video that the film will be released in 2021, leading to speculations about the release date.

The buzz is that this as-yet-untitled film could hit screens in August, as an Independence Day treat. However, fans will have to wait for a few weeks and see the film’s progress for some clarity on the release date.