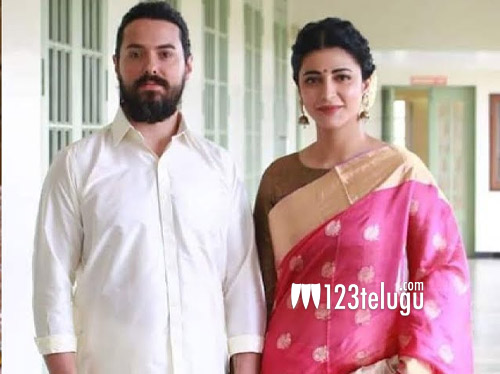 Ever since Shruti Haasan started making public appearances along with her alleged boyfriend Michael Corsale since the last few months, rumors of their relationship began hogging the limelight. The rumors turned true when Shruti introduced Michael to her mother Sarika and father Kamal Haasan earlier this month.

Post Anushka Sharma’s marriage with Virat Kohli, rumors were rife that Shruti Haasan’s will be the next big fat wedding in the film industry. However, Shruti remained tight-lipped about the ongoing reports. On the other hand, the actress’ spokesperson responded finally, saying that marriage is not on the cards anytime soon as Shruti is busy with a handful of work in three industries.