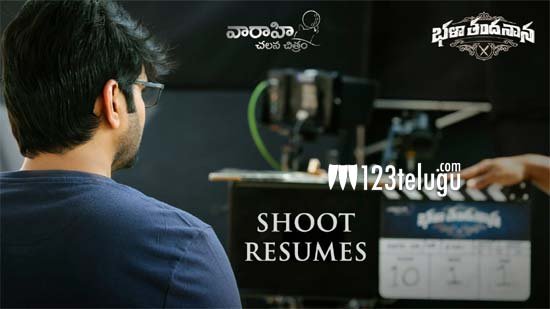 Noted actor, Sree Vishnu is doing multiple films in Telugu. As he is a very talented actor, he is being chosen by popular banners. The next in line for him is a film with star producer Sai Korrapati.

The film titled Bhala Tandanana was announced sometime back and also went on floors. But the lockdown happened and changed things. Now, the update is that the film re-started its shoot once again.

Catherine Tresa will be romancing Sree Vishnu in this film that will be directed by Chaitanya Dantuluri. It will be a fun drama as per reports. Mani Sharma scores the music.