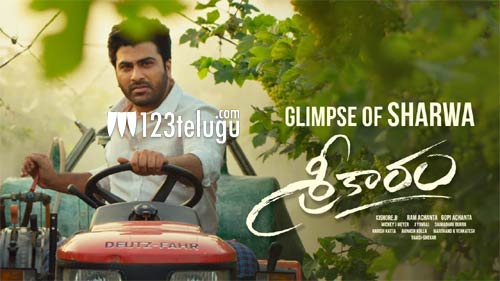 On the occasion of hero Sharwanand’s birthday, the makers of his ongoing film, Srerkaram, today unveiled a short glimpse from the movie. The charming video showcases Sharwa as a humble farmer, a role which Sharwa has not portrayed yet.

Sreekaram’s video glimpse is loaded with a few beautifully shot visuals, which promise that the film will be a visual treat. Mickey J Meyer’s background score is yet another highlight of the video glimpse.

Sreekaram has Gang Leader actress Priyanka Arulmohan playing the female lead. Debutant Kishore B is directing the movie and Ram and Gopi Achanta are bankrolling the project under 14 Reels Plus banner.