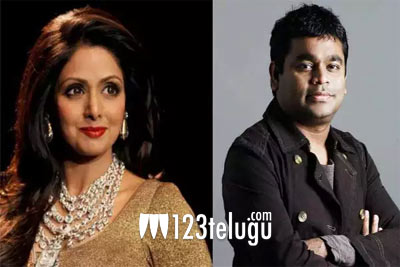 Oscar winning musical wizard AR Rahman has set a new record by winning 2 national awards at the 65th National Film Awards, taking his total count to 6 national awards. Rahman was honored for his scintillating background score in legendary actress Sridevi’s Mom and for the songs in Mani Ratnam’s Kaatru Veliyidai.

In his latest interview post the announcement of the national awards, Rahman said, “Sridevi ji had flown down from Mumbai to Chennai and personally requested me to compose music for Mom.” The numero uno music composer further said that Sridevi had told him that working with him was one of her dreams.