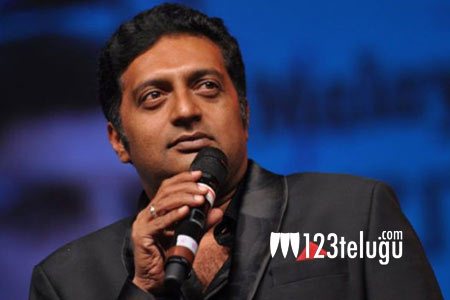 Young hero Bellamkonda Sai Sreenivas and Pooja Hegde’s upcoming socio-fantasy thriller, Saakshyam, is slated for release on July 27. The film is a socio-fantasy entertainer and the five elements play a key role in the film’s narrative.

Now, the latest update reveals that star character artiste Prakash Raj will be lending his voice to Saakshyam. Apparently, the versatile artiste will be the voice for the supernatural element in the movie. His voiceover comes at crucial junctures in the story.

Saakshyam is directed by Sriwass and produced by Abhishek Nama. Harshavardhan Rameshwar is the film’s music composer.