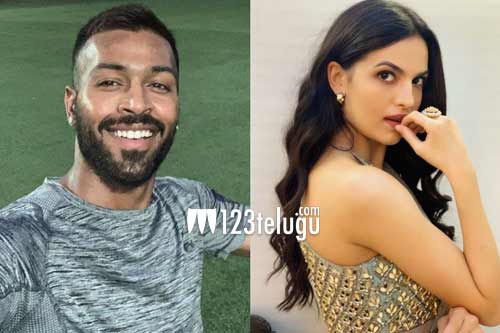 Hardik Pandya is a star on and off the field. He is always in the limelight for his alleged linkups with heroines in Bollywood.

Now, once again he is in the news as his link-up rumors have gone viral. The Hindi media is abuzz with news that Hardik is dating Natasha Stankovic, a Siberian actress who does Hindi films now.

Natasha Stankovic is a part of the Bigg Boss show now in Hindi and the news is that Hardik is in a relationship with her.

Hardik has never confirmed this on record and we need to see what he says about this new lady in his life.