Star daughter happy with the response she is getting
Published on Jul 1, 2018 12:18 pm IST 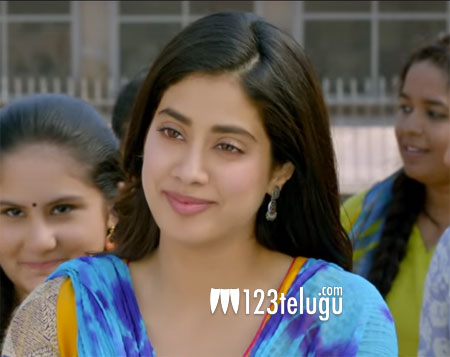 Now that there are only a few days to go for the release of her debut film Dhadak, Jahnvi Kapoor is busy promoting the film all over. When asked about how is the response to her film, she said that she is getting so much love from all over and the compliments are very encouraging.

She also added that her film will give the really strong social message which is why everyone should watch this film. Karan Johar produces this film which is the official remake of Sairat.

Ishaan Khattar is making his debut as a hero and his chemistry with Jahni Kapoor is quite good.