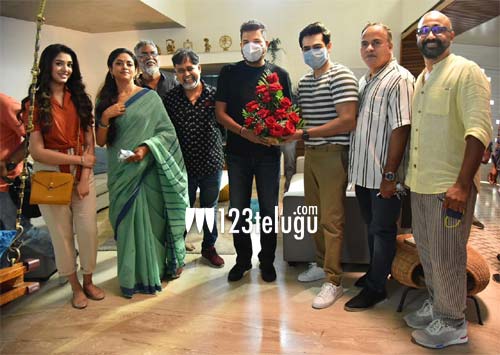 It is a known fact that energetic hero, Ram has started shooting for his new film in Chennai a few days back. The shoot is in full swing and Nadhiya is also taking part along with heroine Krithi Shetty.

The team has a surprise visitor on the sets today and it was none other than star director Shankar. The ace filmmaker spoke to Ram and the entire team and even spent some time on the sets and watched the shoot.

Tentatively titled Usthad, the film is directed by Linguswamy and is a solid action drama. DSP scores the music for this film.