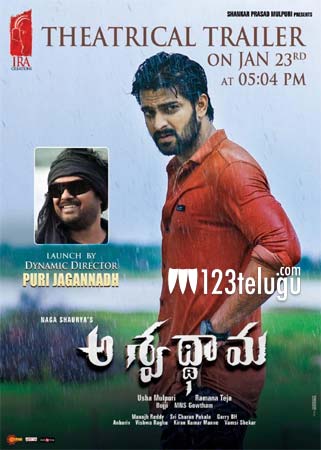 Puri Jagan is busy with his new film’s shoot in Mumbai. The film is a sports drama with kickboxing as its backdrop.
Meanwhile, the latest we hear is that Puri himself will launch the trailer of the much-awaited film Aswathama which has Naga Shourya as the main lead.

The teaser will be out on January 23rd at 5:04 PM. Already, the film’s teaser received good reception and the trailer is said to take things a notch higher.

Mehreen Pirzada plays Naga Shaurya’s love interest in the film based on true incidents. Aswathama is all set for a grand release on January 31st.