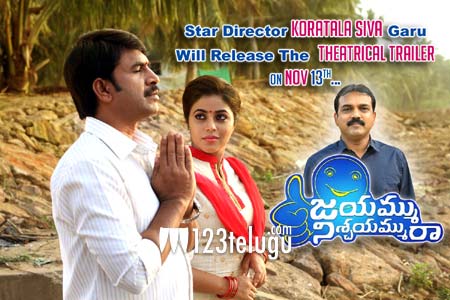 Srinivasa Reddy’s new film Jayammu Nischaymmu Raa is now officially ready to hit the screens on the 25th of November. Meanwhile, the theatrical trailer of the film will be released by star director Koratala Shiva tomorrow.