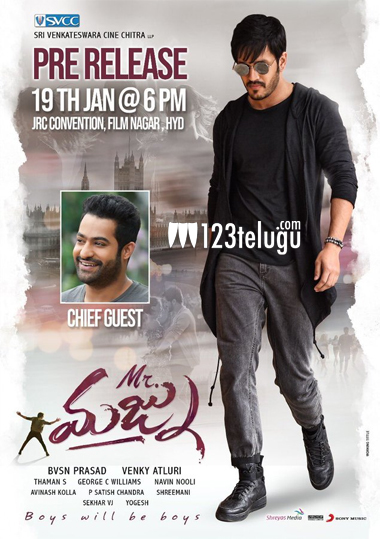 Mr. Majnu will be releasing in a week’s time from now and the pre-release event is all set to be held in a grand manner in Hyderabad.

The event will be held on the 19th of this month. What’s more interesting is that none other than Jr NTR will be coming in as the chief guest for the event.

BVSN Prasad produces this film and as he shares a close relationship with NTR, the star hero has accepted to grace the event.

Akhil and Nidhi Aggarwal play the main lead in the film which is directed by Venky Atluri.