Star hero goes fulfills his promise made to his bodyguard
Published on Jul 1, 2018 11:21 am IST 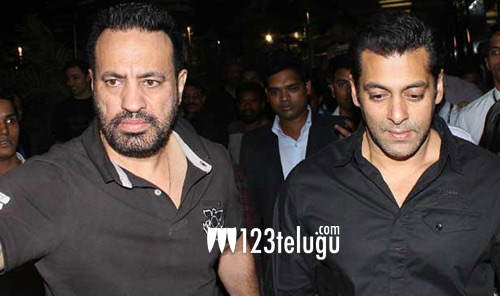 Salman Khan is a massive star and we all know that. He needs security where ever he goes and Shera is Salman’s personal bodyguard who has been taking care of him from the past 20 years.

The latest news we hear is that Salman will launch Shera’s son Tiger into Bollywood very soon. Going into details, sources reveal that Salman has promised Shera years back that one day he will launch his son in films and now that the time has come, he is fulfilling his promise.

Currently, Tiger is undergoing special training to venture into films and is excited to be launched by none other than Salman Khan.