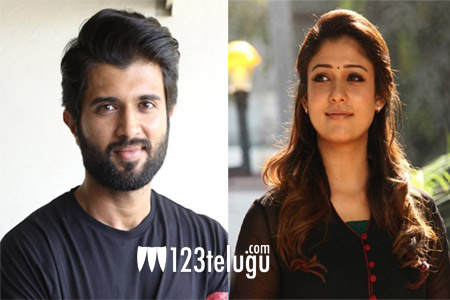 Vijay Devarakonda is a big star now and all his films are being awaited quite eagerly. Vijay’s debut film NOTA bombed in a big way but that has not stopped the star from trying Tamil films again.

The gossip now that is going around in Tamil media is that Vijay will be doing another bilingual in the direction of a debutante. What’s more interesting is that none other than Nayanthara is being approached to play his love interest.

This is mere speculation but this news has caught on all over. As of now, Vijay Devarakonda is busy filming for Kranthi Madhav’s film.