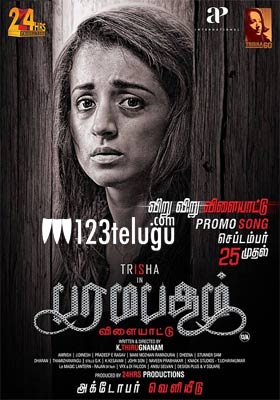 Star actress, Trisha was in the news when the producer of her 60th Tamil film, Paramapadham Vilayattu, T Siva lashed out at her for failing to attend the film’s audio launch in Chennai.

Since then, so much is being said about the film which was supposed to be out tomorrow. But now the news is that the film been postponed at the last minute.

The film is a political thriller and Trisha will be seen in an author-backed role for the first time in her career and was very excited. But now that film is postponed, she can only wait for another release date.