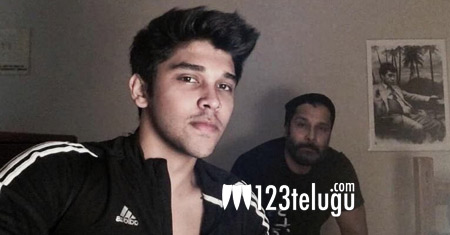 Vijay Deverakonda’s blockbuster romantic drama, Arjun Reddy, has been a rage not only in the twin Telugu states but also in a few metro cities it released in. Filmmakers across the country evinced keen interest in bagging the film’s remake rights.

And here’s an exciting update. Tamil superstar Chiyaan Vikram’s son Dhruv is all set to make his acting debut with Arjun Reddy’s Tamil version. Dhruv has been grooming himself to be an actor since the last couple of years. More details about the remake are awaited.