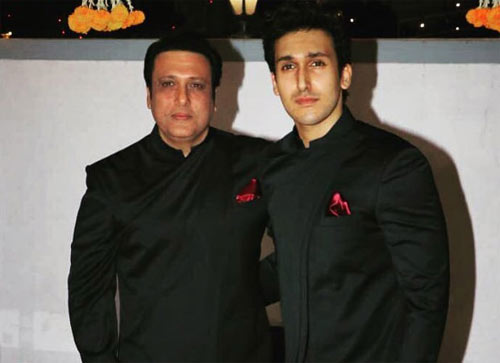 Govinda is a top star in Bollywood but now, he is not seen that much in films. His daughter, Narmada also made her entry into the film world but flopped big time.

Not many know that Govinda also has a handsome looking son named Yashvardhan Ahuja. Well, he is in news now as Yash got into an accident in the cash-rich area of Mumbai. Juhu, when he crashed his fancy car on to another injuring himself.

But the young boy was quite courteous that he spoke with the other people and took care of them and also promised them compensation settling the issue off the court. Both the parties and their vehicles were slightly injured in this accident.