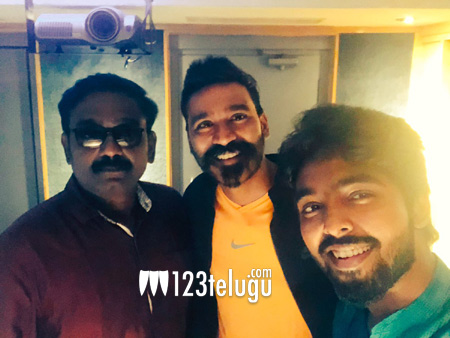 Dhanush created a sensation of sorts when he sang ‘Why this Kolaveri Di’ which became a viral hit. Now, after a long time, he has once again crooned for a song.

The latest news is that Dhanush has sung for a peppy number in the upcoming Tamil film Jail. The film has been directed by Vasantha Balan and is currently on floors.

GV Prakash has composed this song which the makers say will be a good hit with the listeners.