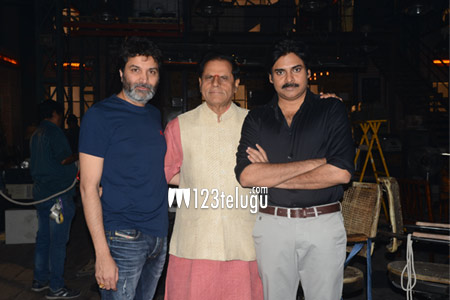 Sometime back, senior producer, industrialist and politician T. Subbarami Reddy had announced a Mega multi-starrer featuring The Mega brothers Megastar Chiranjeevi and Power Star Pawan Kalyan. This film will be directed by Trivikram.

In his latest media interaction after a personal visit to Pawan and Trivikram on their new movie’s sets, Subbarami Reddy has said that the story for Chiru-Pawan’s multi-starrer is being readied.

The veteran filmmaker further said that both Chiru and Pawan are currently busy with their respective projects and that the multi-starrer will go on floors once they are free from their present commitments​. Subbarami Reddy also added that this film will be the biggest of all the films ever made in Tollywood.