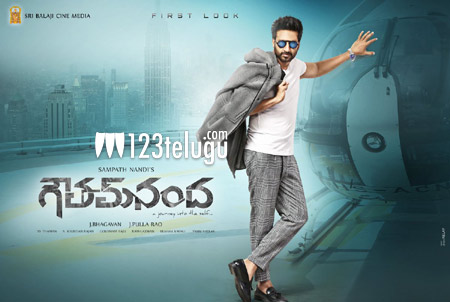 So after all the hype, Gopichand’s teaser of his latest film, Gautam Nanda finally released all over. The first thing that hits you right away in the teaser is the new and old look of Gopichand and also Thaman’s strong background score.

The teaser shows Gopichand in two different looks and this has generated a lot of curiosity. The film seems to be a full-on mass entertainer with some stylish elements specially incorporated by director Sampath Nandi who is a master of such films.

Wether Gopichand plays a double role in the film or it’s only his two get ups, we need to wait for the film. Hansika and Catherine Teresa are playing the female leads in this film which has music by Thaman.