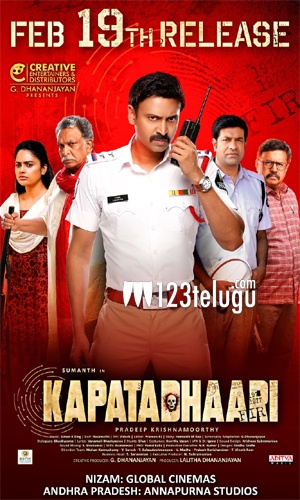 Hero Sumanth’s new film titled, Kapatadhaari has created curiosity among the audience with its intense first look teaser. Touted as a mystery thriller, the film has wrapped up its post-production formalities and waiting for a release for the past few months.

Meanwhile, the latest news is that the film is going to release on February 19th. An official poster with the release date was unveiled by the makers this afternoon.