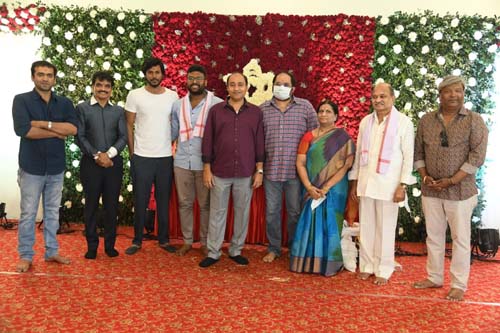 With each passing day, Sundeep Kishan is launching back to back films in his career. His new film A1 Express is ready for release and Sundeep is also shooting for a film in the direction of Nageswara Reddy.

Apart from this, he has signed yet another film that was launched today. The film is being produced by noted producer Mahesh Koneru and is an action thriller. Sundeep Kishan will be seen in a new look in this film.

A writer named Veda Vyas has turned director with this film that will have music by Sri Charan Pakala. The regular shooting and more details about this film will start soon.