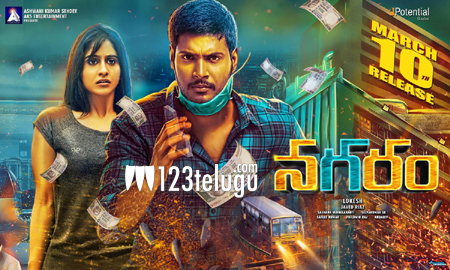 Sundeep Kishan is one actor who has immense talent. Sadly for him, some of his previous films failed severely at the box office. His new film, Nagaram has created a good buzz and the trailer of the film was released today.

Touted to be a crime thriller, this film showcases Sundeep in a gritty avatar with short hair and serious looks. The trailer looks quite interesting and is set to impress everyone with its unique storyline.

Directed CV Kumar, this film has Regina as the female lead and is set to release soon.