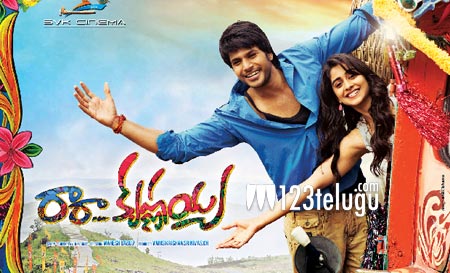 Young stars Sundeep Kishan and Regina Cassandra are equally popular in Telugu and Tamil film industries. They both teamed up with each other for Routine Love Story, Ra Ra Krishnayya and the recently released Tamil film, Maanagaram.

As per the latest reports, Sundeep, Regina’s 2014 romantic action entertainer, Ra Ra Krishnayya, is all set to be dubbed into Tamil. Titled Mahendra in Tamil, this film will be released soon by S. Rayaram in Hymavathi’s presentation.