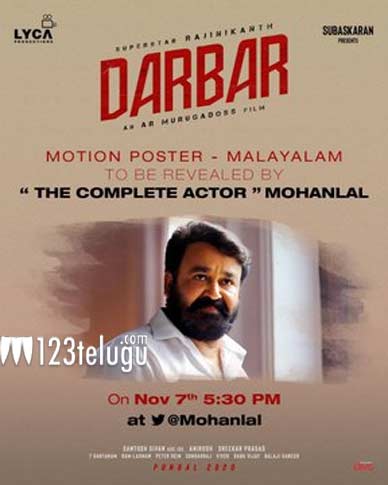 Whenever a Rajinikanth film arrives, everyone gets eager to see what the film is going to be all about in the first place.

Rajini is ready with his new film Darbar which is being directed by star director Murugudoss on a huge budget.

Now, the film’s motion poster will be out tomorrow and will be released by Salman Khan in Hindi, Mohan Lal in Malayalam and Kamal Haasan in Tamil.

Nayanthara plays the main female lead in this film which has Sunil Shetty in a negative role.