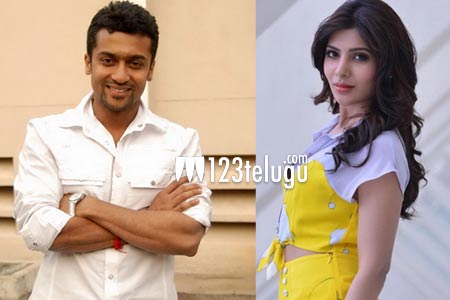 We already reported that Tamil actor Suriya and glamorous actress Samantha are busy shooting for an upcoming film titled ’24’. Manam fame Vikram Kumar is the director and Suriya himself is producing the film on his 2D Entertainment banner.

As per the latest update, the current schedule of the film is progressing in Poland. The unit will can a couple of songs and some crucial scenes in this schedule. Nitya Menon and Tollywood actor Ajay are playing crucial roles in the film. Music maestro AR Rahman is scoring the soundtrack.