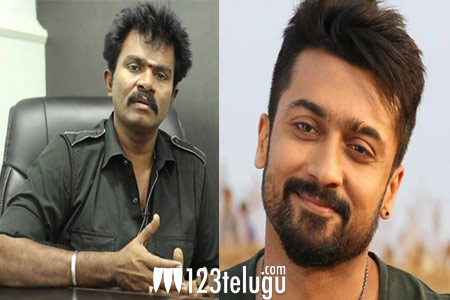 Director Hari, who is back in news thanks to Saamy Square, is reportedly gearing up to direct yet another film with Suriya, as per the latest buzz in Kollywood. The duo had worked thrice in the last 10 years for Singam trilogy; however, their upcoming film is said to be a family entertainer.

In the past, Suriya had remarked that he doesn’t want to do another film in Singam series in the near future, although he added that he would like to work with Hari once again. More details about their new film are expected to be revealed soon.

Meanwhile, Hari’s latest film, Saamy Square, starring Vikram and Keerthy Suresh, opened to mixed reviews today. On the other hand, Suriya is busy with NGK and KV Anand’s film at the moment.