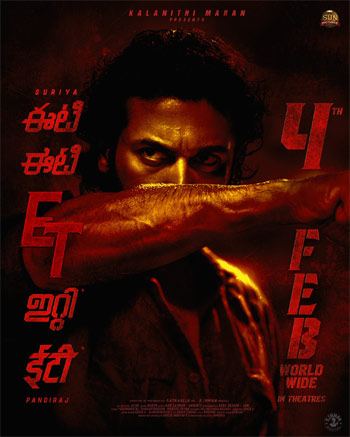 The makers have revealed that the movie is going to be released in Tamil, Telugu, Hindi, Malayalam and Kannada.

Etharkkum Thunindhavan marks the second film of director Pandiraj with the actor Suriya.

Having Priyanka Arul Mohan, Satyaraj and others in prominent roles, the film is all set to release on February 4, 2022, in theaters only.