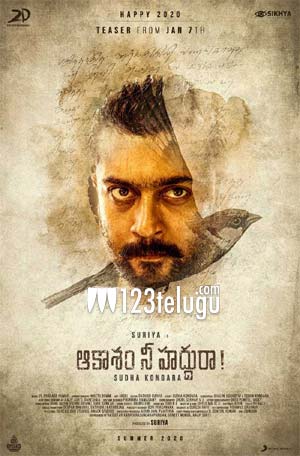 Suriya made a staggering comeback with the film Aakasam Ne Haddu Raa. The film has been appreciated by one and all has become a rage with the critics and audience.

The film’s music was also a big hit and was composed by GV Prakash. Now, as per the latest update, the film has entered the Oscar race. The biopic has been nominated for multiple awards under the General Category.

The original Tamil version Soorarao Potru is in the race for Best Actor, Best Actress, Best Director, Best Original Score and has now been made available in the Academy screening room. Directed by Sudha Kongara, this film is based on the aviation backdrop.