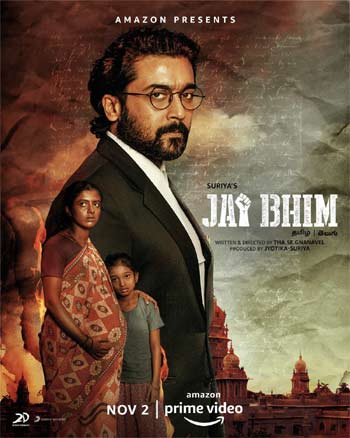 It is known that Suriya has lined up a total of 4 films which are gearing up for direct to digital release on Amazon Prime Video. Here is an interesting update on the OTT release of one of these films.

Jai Bhim, an intense social drama starring Suriya in the lead role is announced for OTT premieres on Amazon Prime Video on the 2nd of November.

Suriya acted in the film and also produced it. He plays a lawyer in the film. Tha. Se. Gnanavel directed the film.