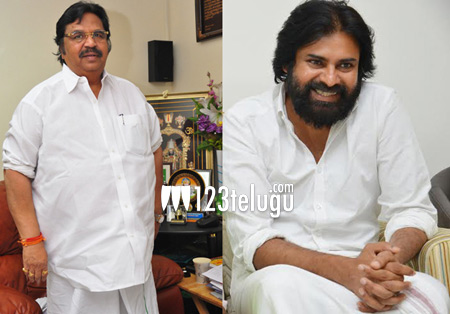 We have reported earlier that Pawan Kalyan will soon team up with legendary director Dasari Narayana Rao. This news came in as a big surprise for the film industry and Power star fans. Although,many details have not been revealed regarding this project, ‘Sardar’,is the tentative title which is doing rounds. It is also heard that Gopala Gopala fame director Dolly will handle the direction for this flick.

In a recent media interaction, Dasari Narayana Rao has stated that he has been surprised with Pawan Kalyan’s request to join hands with him for this project. Dasari also added that,being a superstar, Pawan Kalyan respects my position in industry and he came up with this bold decision to do a flick under my production. He concluded that remaining details regarding this project will be confirmed soon.

In the meantime, Pawan Kalyan is getting ready to start shooting for Gabbar Singh-2. Young director Ravindra will direct this flick which will be produced by Sharat Marar.