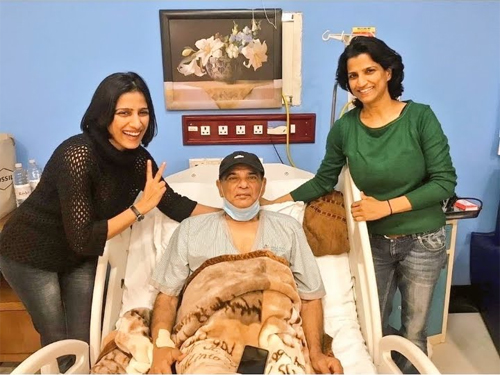 Sushant Singh Rajput’s father KK Singh has been admitted to a hospital in Faridabad. KK Singh has reportedly been suffering from a heart-related ailment and he has been undergoing treatment. A photograph of KK Singh on the hospital bed with his daughters Mittu and Priyanka Singh has been making a splash on the internet.

Following Sushant’s stuff demise, KK Singh had filed an FIR against Sushant’s girlfriend Rhea Chakraborty and her family members, alleging that Rhea had siphoned off Rs 15 crores from his son’s bank account and also caused his death by feeding him poison. However, none of these allegations have been proved valid by the three investigation agencies, CBI, ED and NCB.