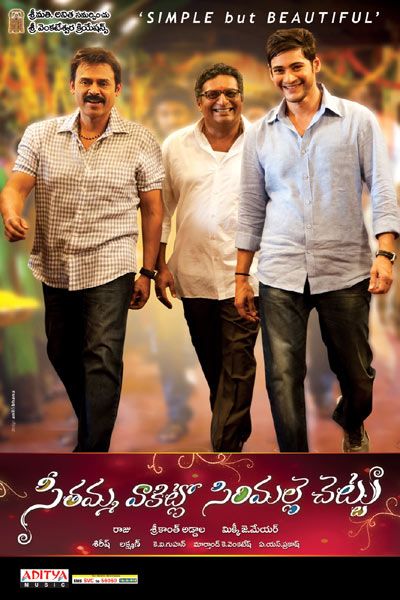 The prestigious multistarrer ‘Seethamma Vakitlo Sirimalle Chettu’ has been setting new trends in Telugu cinema from Day 1. Right from the star cast to the way the movie’s audio launch has been planned, everything about the movie has been quite different from routine Telugu films so far.

Now the latest buzz we are hearing is that the film will have special premieres all over Andhra Pradesh on the night of January 10th. Generally, premiere shows or benefit shows are held only in a few places. The concept of statewide premieres is new for Telugu Cinema and if it works out successfully, we might see similar moves from other production houses.

SVSC is currently in post production mode and Srikanth Addala is the director of the movie. Dil Raju is the producer and Mickey J Meyer is the music director. The film has Victory Venkatesh and Superstar Mahesh Babu in the lead roles.