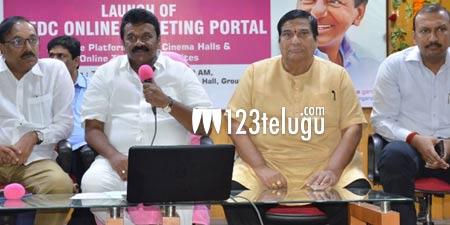 Here comes a good news for Tollywood. Telangana state’s Minister for Cinematography Talasani Srinivas Yadav on Saturday launched an online system which serves as a single window to facilitate permissions for film shootings. With the new system, filmmakers can now submit an online application to the Telangana State Film Development Corporation (TSFDC) and the necessary permission will be granted within a week.

“If the producers do not receive any response from the TSFDC within a week, the permission is deemed sanctioned and shootings can commence,” the minister said. Talasani also launched www.tsboxoffice.in, which will act as the single platform for all cinema halls and online ticketing websites for sale of movie tickets online.