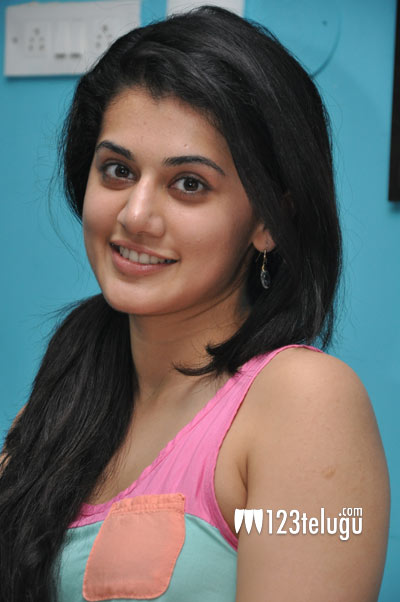 Taapsee has finally relocated to Mumbai. Born and brought up in Delhi, she was living in Hyderabad for the past years since she was acting in quite a few Telugu films. Last year, she had made her debut in Bollywood with Chashme Baddoor and this year, she’ll be seen in a film titled ‘Running Shaadi dot com”

Confirming her decision to relocate to Mumbai, Taapsee said, “Yes I am moving my base to Bombay. Will miss the friendliness n warmth I used to get being in Hyderabad. Hoping to take up something interesting in Telugu soon. Will then be back for work. Now, officially a Bombay resident.” Her last Telugu film was Chandrasekhar Yeleti’s Sahasam and she played one of the lead roles in Ajith’s Arrambham.

Meanwhile, Taapsee starrer Muni 3 is still under production. Raghava Lawrence is directing and also playing the lead role in the film. Bellamkonda Suresh is producing the Telugu version. The film is likely to release later this year.