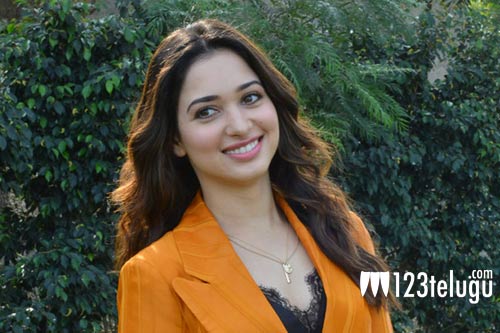 Tamannaah’s upcoming Telugu-Hindi bilingual romantic drama, Next Enti, is hitting theaters on December 7. The star heroine has interacted with the media today to talk about the experience of working on the film.

Tamannaah said that for the first time in her career she has rendered several bold dialogues about love and intimate relationships in the movie. She further said that she is eagerly waiting to see how her fans and movie lovers will receive her bold character in the movie.

Sundeep Kishan and Navdeep played key roles in Next Enti. Bollywood filmmaker Kunal Kohli has directed the film and Gowri Krishna is presenting the film in Telugu.