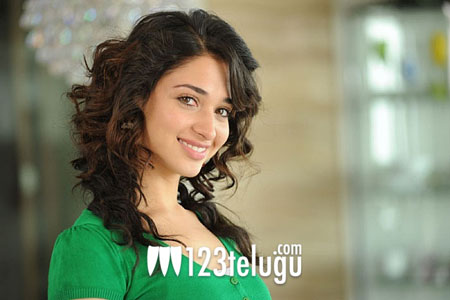 It’s been more than a year since Tamannaah signed a Tamil film. At one point of time, she was the most sought after actress in Tamil film industry thanks to films like Ayan and Paiyaa which turned out to be huge hits. However, she shifted her focus to Telugu in 2011 and ever since she has been signed for far too many projects in Telugu and she practically has no time for Tamil projects. Recently, the actress was approached for a big budget Tamil film which has Jiiva in lead role. Ahmed is the director of the film. A leading newspaper had reported that Trisha had already agreed to be part of the film and also mentioned that Ahmed had approached Tamannaah to play the second fiddle in the film. However, Tamannaah has denied these reports. The actress did confess that she was approached for the film, but stated that it was for the lead role and not as a second fiddle. The actress also made it clear that she doesn’t have dates for any Tamil film for the next few months. Currently, she’s acting in Rachcha, Rebel and Endhukante Premanta.