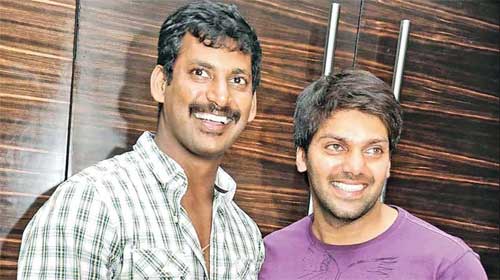 It is a known fact that Vishal and Arya are doing a multi-starrer in Tamil and we have been reporting about this film for a long time now to our readers.

The said film was launched today with a small Pooja ceremony in Hyderabad’s Ramoji Film City. The shoot was also started at the same time and some key scenes were shot on both the stars.

Previously, both Vishal and Arya did a film together called Vadu Vedu which was directed by Bala. The above-said film is being directed by Anand Shankar and Mani Studios will bankroll it. The heroines of the film will be announced soon.